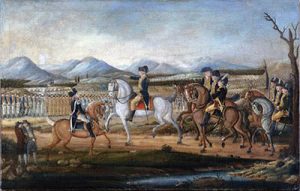 Frederick Goeb prints the first Bible (a German quarto) west of the Alleghenies. 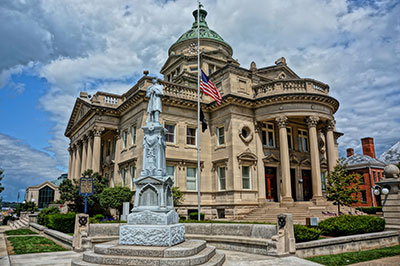 Somerset County Chamber of Commerce begins as the Somerset Board of Trade. 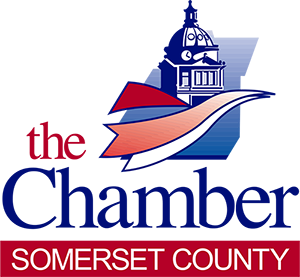 Opening of the Pennsylvania Turnpike. 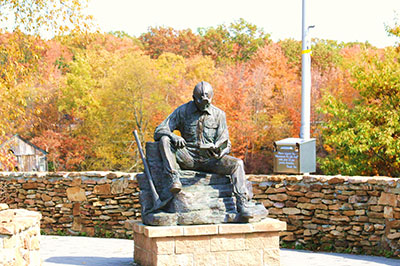 Completion of the Somerset County portion of the Great Allegheny Passage. 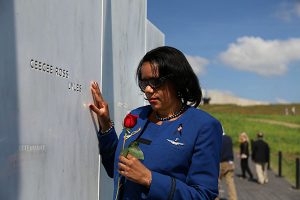 Completion of the final segment of the Great Allegheny Passage. 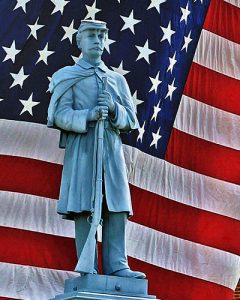 The history of Somerset County dates to the French and Indian War, when military expeditions carved roads through the wooded hills of what would become western Pennsylvania, opening the area for settlement.

In 1755, General Braddock and his English troops, accompanied by George Washington, crossed the southwestern corner of the county in an unsuccessful attempt to conquer Fort Duquesne. The trail, now known as U.S. Route 40, was the first step in settling and developing Somerset County.

In a second, successful, attempt by the English to conquer Fort Duquesne, General Forbes and his men carved a new trail over the Allegheny Mountains. Forbes’ Road, now known as U.S. Route 30, provided access to the Glades, the meadows surrounding the headwaters of streams in the center of the county. A German Baptist religious group settled in the Glades in 1760, establishing a church near the village of Brotherton. Further south, a group of Swiss and German immigrants laid out the town of Berlin and established a church and school.

Though those early settlers laid the foundation for Somerset County, it was an exile from the south who made it official. Harmon Husband fled here in 1771 after having a bounty placed on his head in North Carolina for protesting taxes and injustice in the local court system. The first settler in what would become Somerset, Husband went by the name “Tuscape Death,” a clever reference to his “wanted” status in the south. 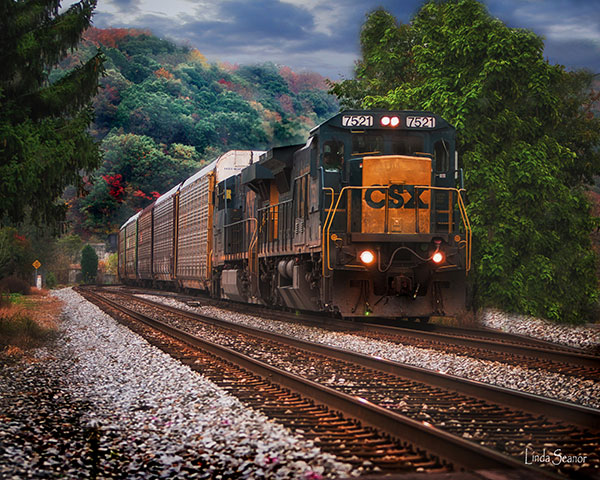 As a member of the General Assembly, Husband petitioned his fellow legislators in 1790 to form a new county west of the Allegheny Mountains. On April 17, 1795, the Pennsylvania Legislature passed an act organizing Brothersvalley, Turkeyfoot, Quemahoning, Milford, Elk Lick and Stonycreek townships into Somerset County from Bedford County. The county was named for Somersetshire in western England.

Since its formation, the county’s boundaries have changed twice. In 1800, the area expanded with the annexation of the southwestern corner of Bedford County. In 1804, a large northern section of the county was lost to the creation of Cambria County. Today Somerset is the seventh largest county in Pennsylvania and includes 25 townships and 25 boroughs encompassing nearly 1,075 square miles.

Reliable all-weather transportation to the markets of the East Coast came in 1872 with the completion of the Baltimore and Ohio Railroad line through the southern part of the county. An extension of that line to Johnstown later proved vital during the 1889 Johnstown Flood, when the Somerset and Cambria subdivision was the only access to the scene of that disaster. During the “Robber Baron” period of the late 1800s, several businessmen sought to break the Pennsylvania Railroad’s monopoly on shipping from the Pittsburgh market. This resulted in the building of the South Penn, a railroad that was never to be finished, and would later, during the Great Depression, be purchased by the Commonwealth of Pennsylvania and finished as the Pennsylvania Turnpike.

Somerset County’s rich history includes agriculture and mining, and more recently has included two events that thrust the region into the international spotlight.

On Sept. 11, 2001, passengers aboard Flight 93 thwarted a fourth terrorist attack on the U.S., downing the airliner into an abandoned field near Shanksville. Since then, people from around the world have visited the crash site and the recently dedicated national memorial to pay their respects to those who died that day.

In July 2002, Somerset County was once again the focus of national media attention when nine miners became trapped in the Quecreek Mine in Lincoln Township. After 77 hours of effort by local volunteer emergency workers and state and federal officials, the nine men were safely rescued from the flooded mine.

Both events led to Somerset County being designated as “America’s County” in February 2005.

History of the Chamber

The Somerset County Chamber of Commerce as we know it today was organized in August 1912 under the name of the Somerset Board of Trade. Its forerunner was the Merchants Association.

In 1918, the organization became known as the Somerset Chamber of Commerce. On July 19, 1921, the group was incorporated.

The first president of the new corporation was W. Curtis Truxall. The first manager was S.T. Cunningham. The first executive director of the Chamber of Commerce was Robert Kline, who was hired in 1957. He was given a fee of $250 per month for expenses.

It was on Feb. 1, 1969, that the Chamber hired its first “paid” executive director, Gene Stayrook. Stayrook was also the executive vice president of the equally active Somerset County Development Council.

In 1971, the organization’s name was changed to the Greater Somerset Chamber of Commerce. The name change was intended to broaden the service area to include Somerset Township and areas north of the borough to Route 30 and six to eight miles south.

The Chamber experienced still another change in 1978 under the direction of Executive Director Edward Bowersox. The board voted to change the name to the Somerset County Chamber of Commerce in an effort to further broaden the Chamber’s activities to all areas of Somerset County.

Today the Chamber consists of more than 600 members from all over the county and surrounding areas.  The Chamber currently consists of a full-time executive director, office manager, and a communications coordinator.